Double Up Coffee – New Minimalist Cafe With A Touch Of Funkiness, At Jalan Klapa Near Bugis

It is of no coincidence that three coffee places with minimalist-industrial vibes have opened within two weeks from one another – Lucid, Brother Bird Coffeehouse, and Double Up Coffee.

And they are not considered too far in terms of distance, all located in the Bugis-Lavender stretch. 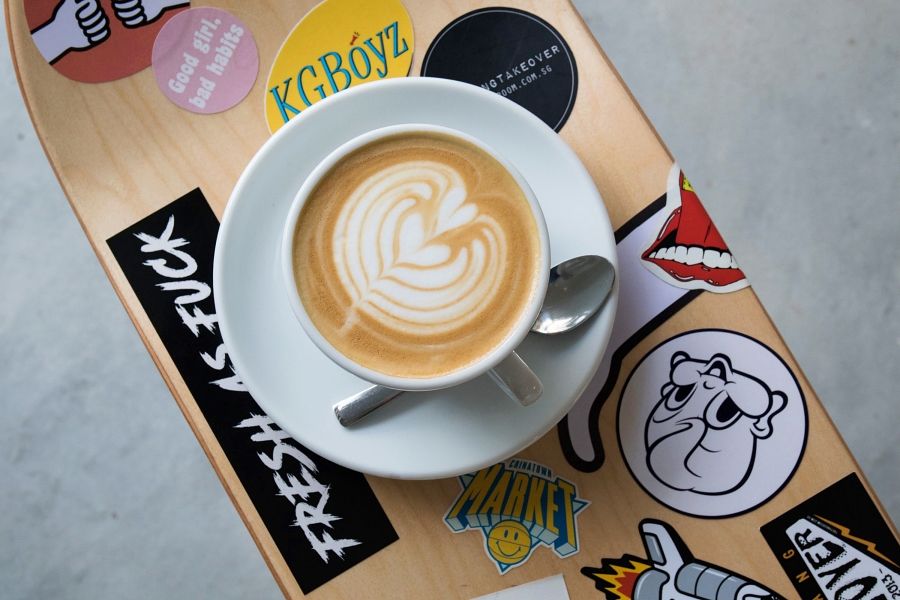 You may just walk past Double Up Coffee at Jalan Klapa, considered quite a hole-in-the-wall. It is located right opposite Kumoya known for its character cafes. Both cafes are the opposite ends in styles anyway – one known for cutesy cartoon-themed food; the other coffee focused. 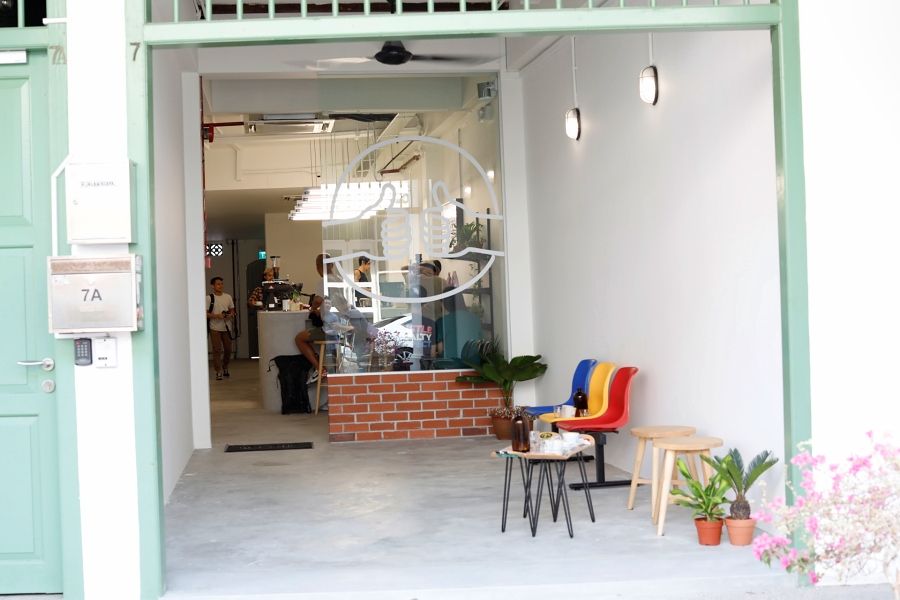 There are two halves of Double Up Coffee. Outside, you would spot three chairs of solid colours of red, yellow and blue, along with a table repurposed from a skateboard. It suggests funkiness and young vibes. 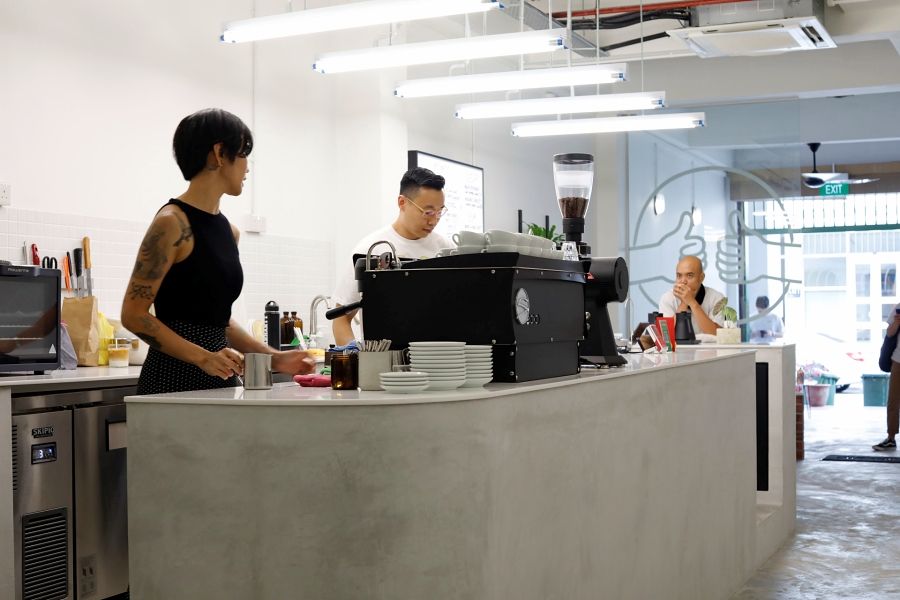 Walking in, the mood changes with light grey cement coffee counter, light wooden chairs, but most customers were sitting back facing the wall on a row of concrete seats. 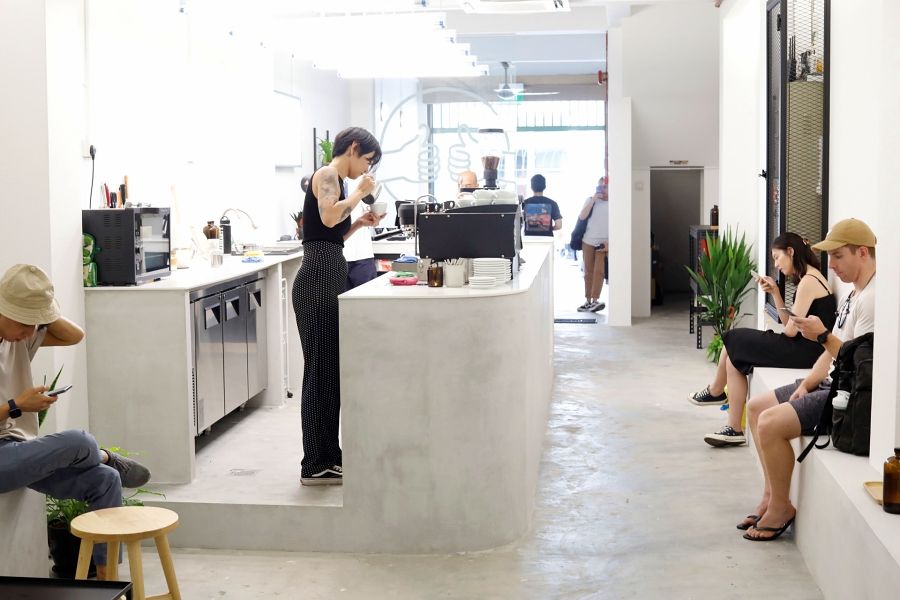 It almost feels there is no little between barista and customer. Maybe that is what they are trying to achieve. 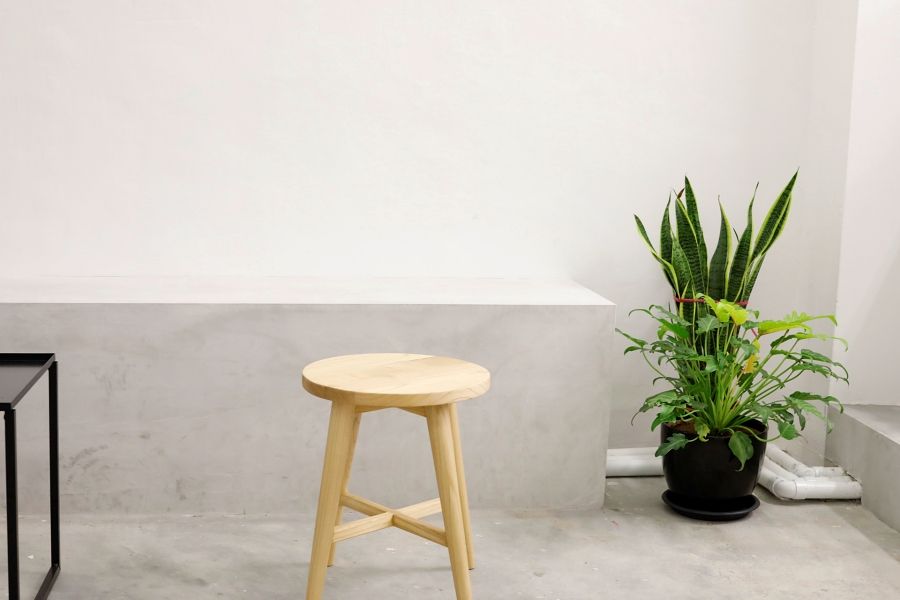 The menu is lean, divided into “business” (coffee drinks), “pleasure”