A doughnut and sandwich takeaway shop located in the CBD has slowly gained traction among the officer workers around.

Husband and wife team Myron and Shaz realised there was a lack of artisanal doughnuts in Singapore, and wanted to create something for the local market after trying many delicious doughnuts in New York.

After many, many rounds of “fanatical recipe testing”, they came up with Korio at Far East Square.

To cater to the CBD breakfast and lunch crowd, they have also included hearty sandwiches on the menu for convenient takeaways.

The inspiration for the sandwiches came from all their favourite foods they would eat growing up. 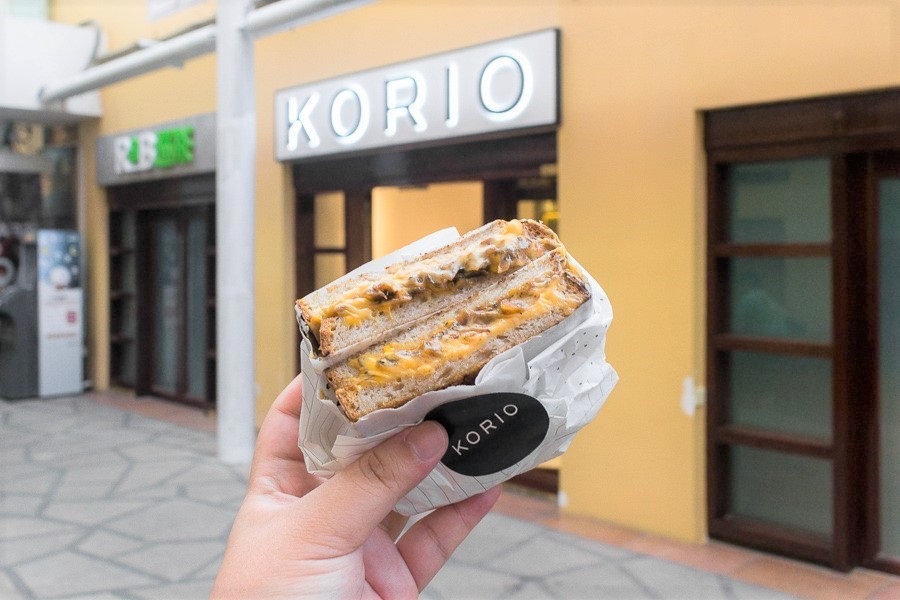 Some of their signature sandwiches are the Grill Cheese ($8), Breakfast Sammy ($9), Tuna Melt ($10), Grilled Halloumi ($13), Peking Duck Sammy ($14) and Pulled Porkless ($12) – which is included with king oyster mushrooms instead.

Take note that while the Grilled Cheese ($8) is available every day (except Sun), some of the others are made only on specific days such as the Tuna Melt Sammy (Mondays) and Peking Duck Sammy (Wednesdays). 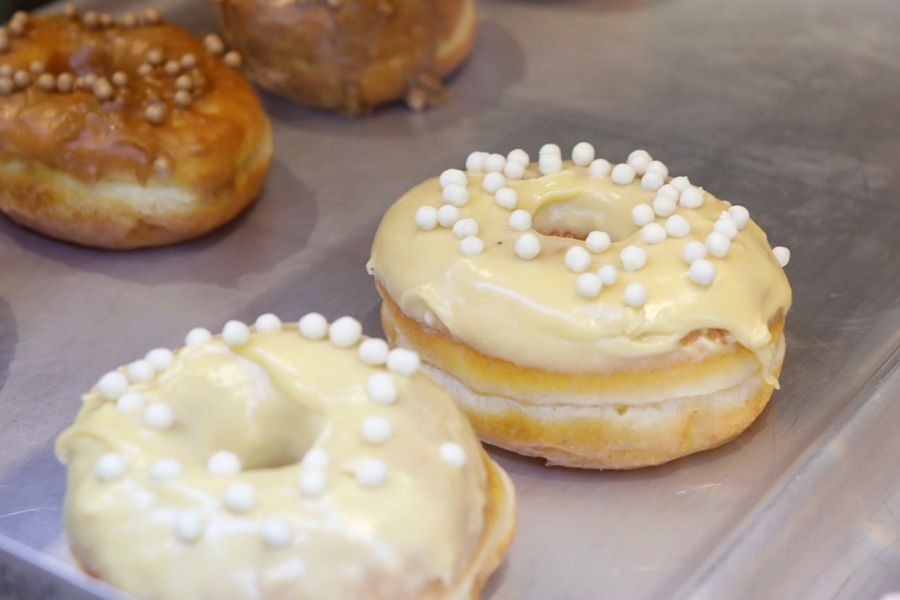 As for the doughnuts, the bakes go through an 18-hour long process, and are handmade,