Earth Jar Treasure – You Won’t Need The Doctor After Drinking These Soups! 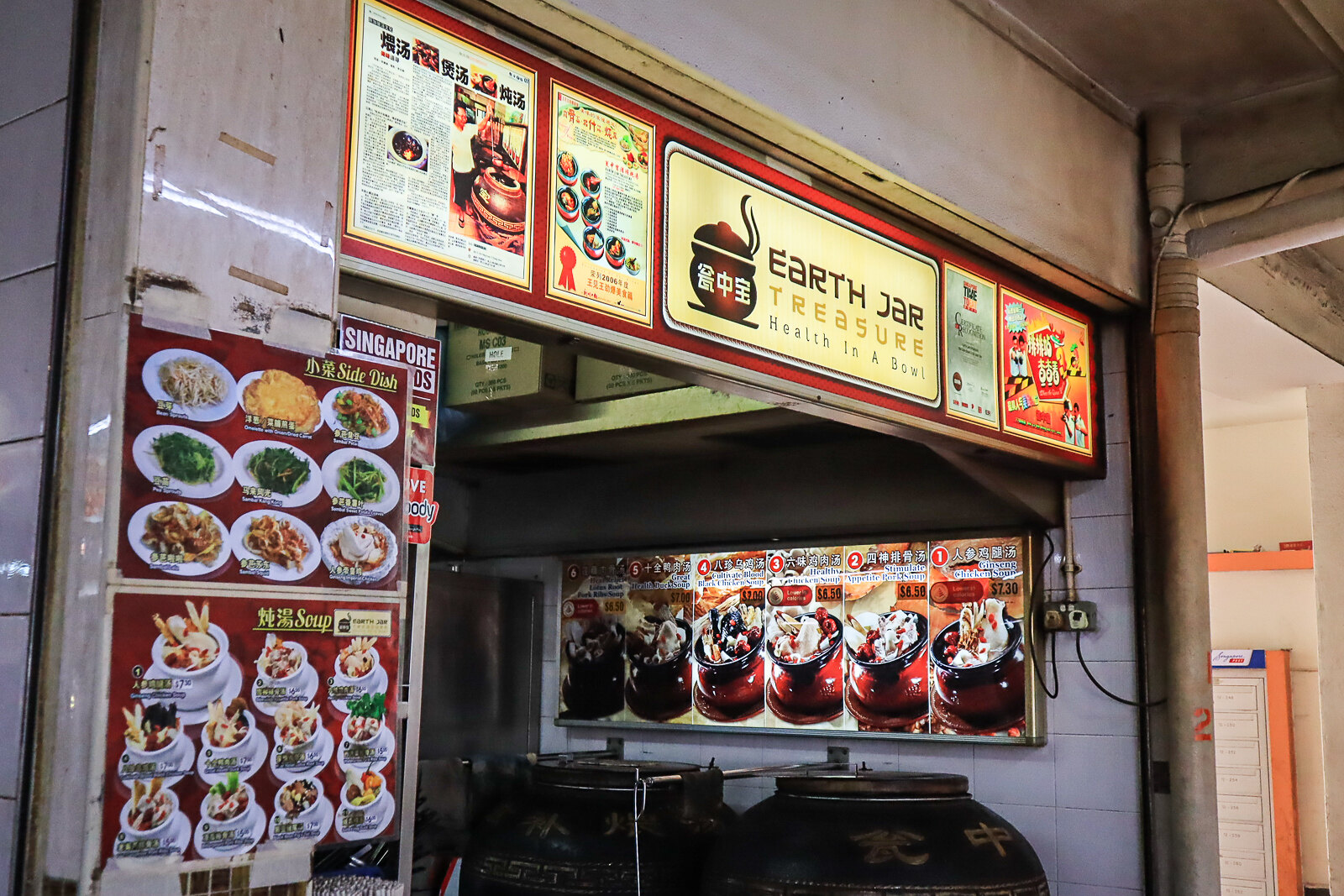 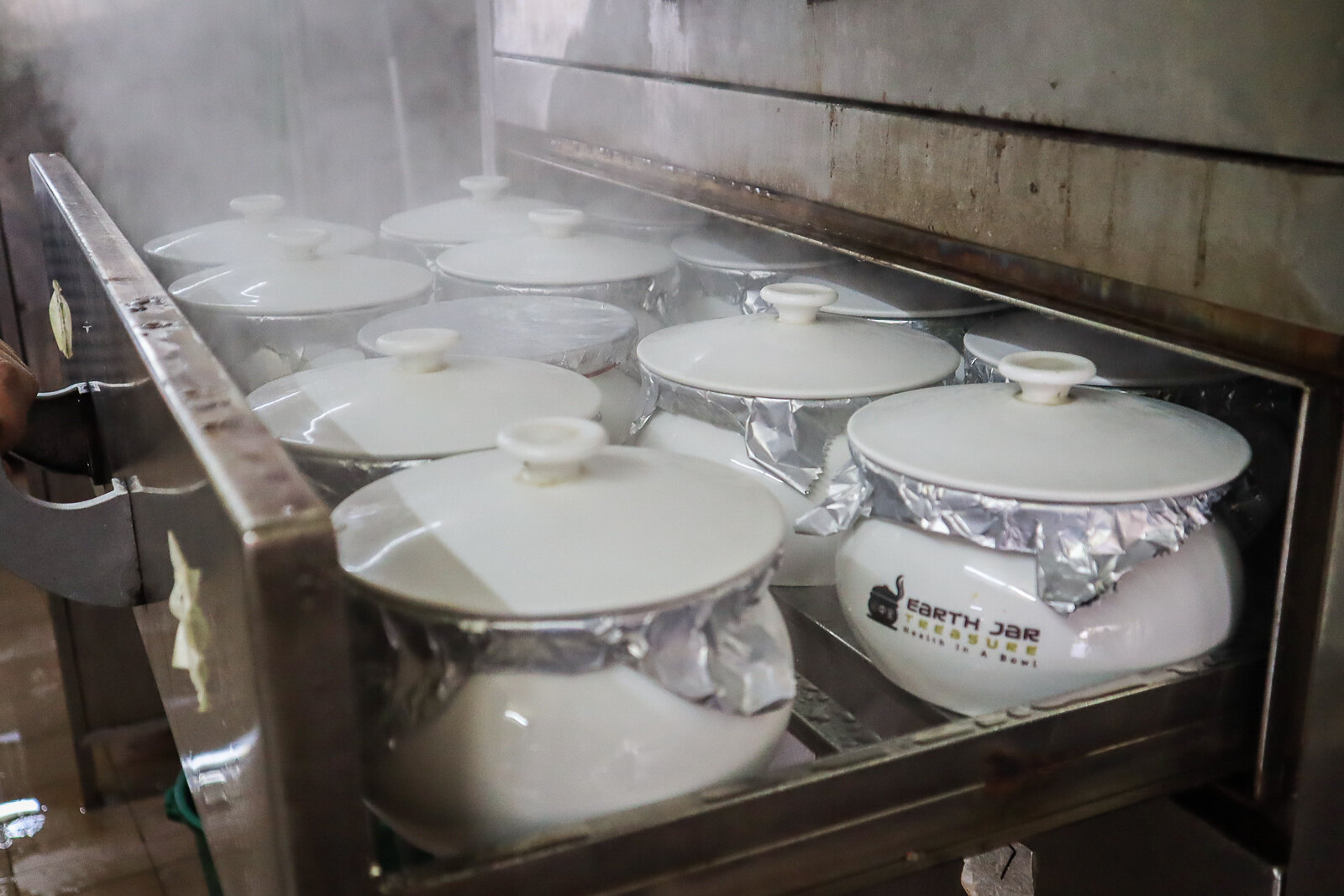 If you want a good bowl of herbal soup, Earth Jar Treasure is the place to go. As their signage says, their soups are “health in a bowl”. You can expect the soups here to be nothing but herbalicious. What’s more, the soups are broiled in these small earthen jar pots, which helps to lock in all the flavours in just that one bowl. You know it’s going to be intense. 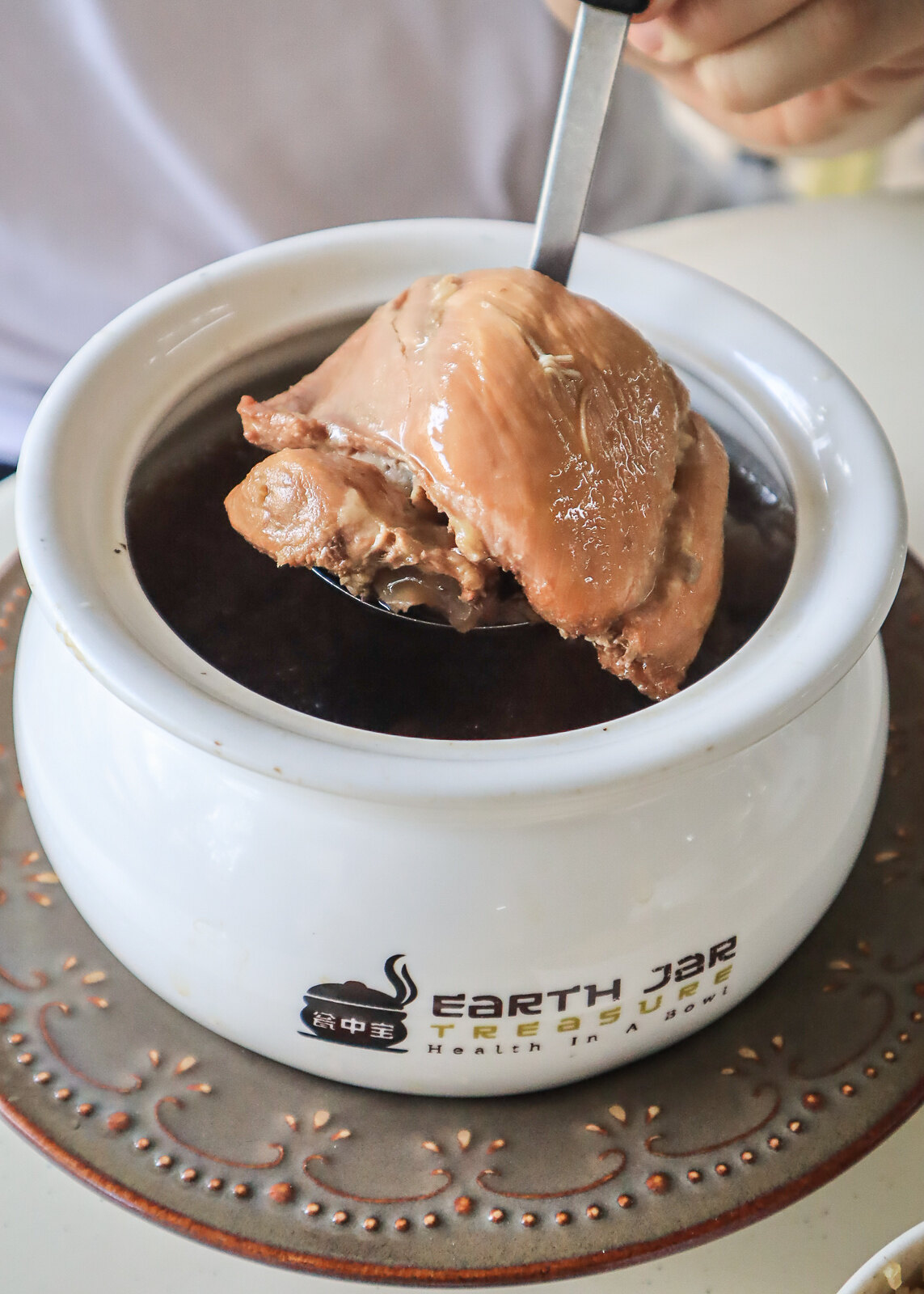 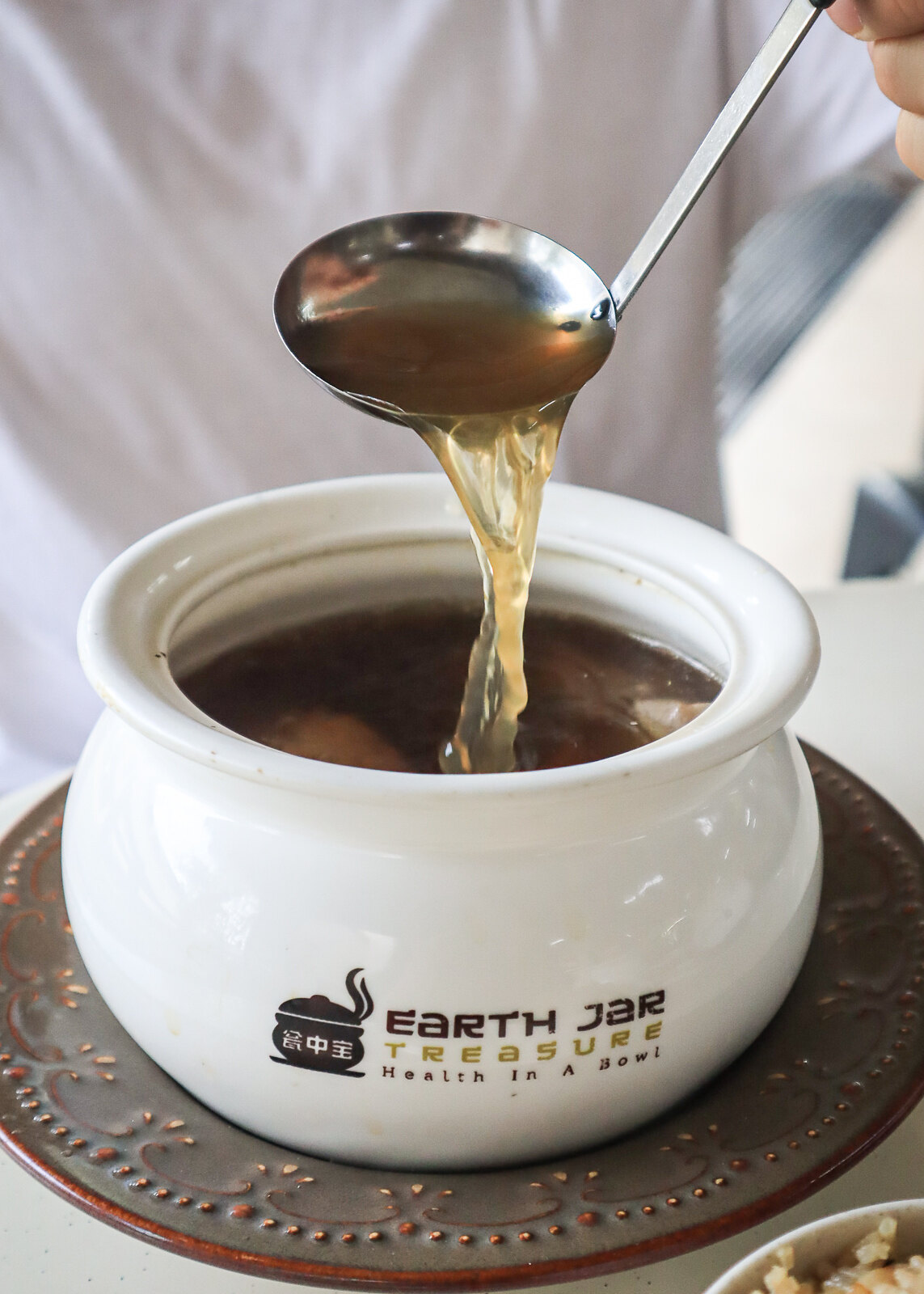 Let’s start with the mildest soup of the lot. Even if you’re not a fan of herbal soups, this will delight your tastebuds nonetheless. The Healthy Chicken Soup ($6.50) is a solid bowl of herbal chicken broth. Even though the herbs that came in a big pouch seemed like it would overpower the chicken flavour, they actually accentuated it. The chicken was tender, but quite dry. Regardless, I imagine this soup would be really comforting in this rainy season. If you’re not used to herbal soups yet, this would be the safest choice as an introduction. 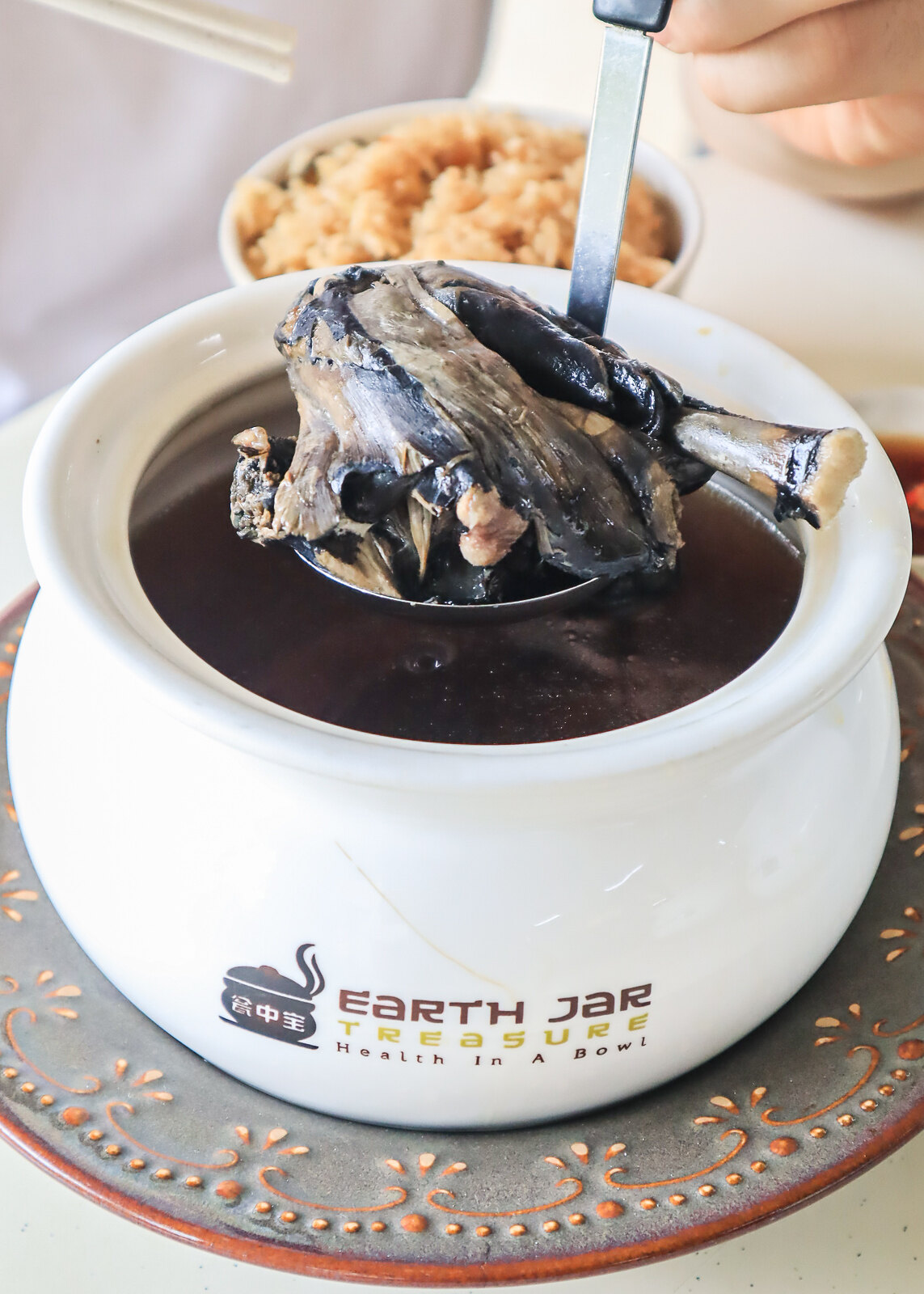 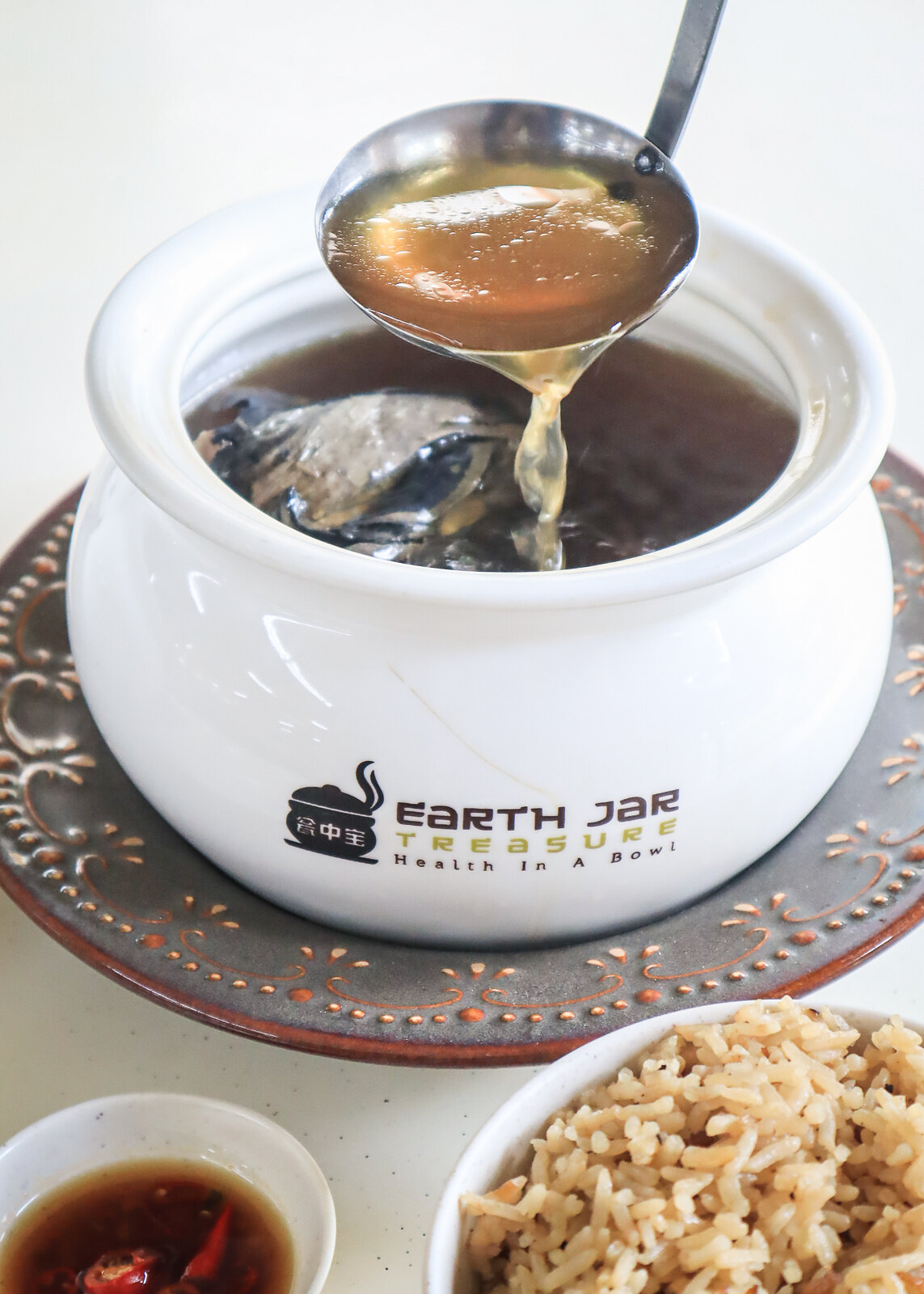 The Cultivate Blood Black Chicken Soup ($7) was like the sweeter, more herbaceous cousin of the Healthy Chicken Soup. Just the name itself sounds so traditional. But my oh my,