Makino: Switch Up Your Hotpot Game With Mentaiko Shabu-Shabu At Paya Lebar

Akashi owns a number of brands under their restaurant group, but have you checked out their first Japanese shabu-shabu restaurant? Introducing Makino, a Japanese shabu-shabu restaurant under Akashi’s belt. Opened on the third floor of Paya Lebar Quarter, Makino made its debut in the last week of September, ringing in a new hotpot option for those who are craving hotpot when in the area. I decided to head down to Makino to check out for myself; what was so interesting about Akashi’s latest installation? Makino boasted a wide seating area with an open sauce bar. Do note that condiments are priced at S$3 per pax. I prepared two separate dips—one with sesame sauce, sesame oil, chilli padi, and garlic, and the other with sesame oil, coriander, garlic, and chilli oil. I loved the addition of spice when having hotpot just to provide an extra kick of flavour. 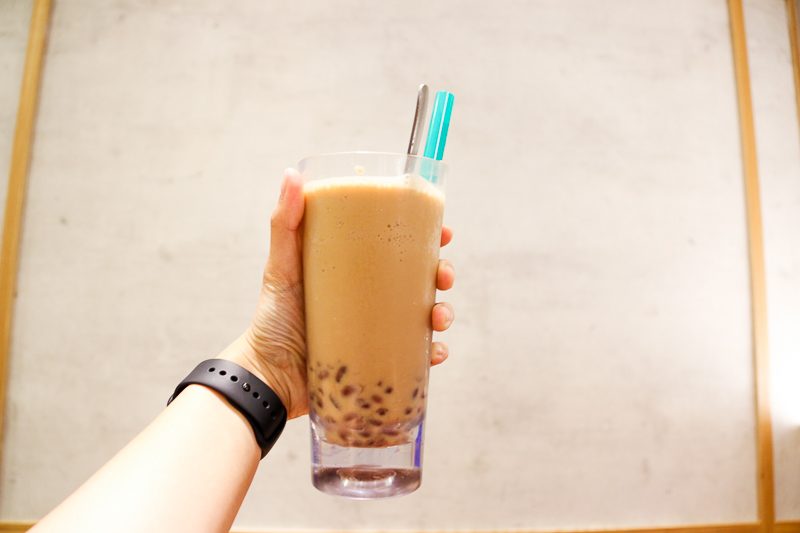 I began my meal with a Royal Milk Tea With Azuki Beans (S$5.80). Switch up your usual bubble milk tea with this drink, and indulge in the sweetness that this drink offers. The menu offered a plethora of dishes, including a very unique dish—Mentaiko Supu (S$11.80). Essentially translated to mentaiko soup, it is a