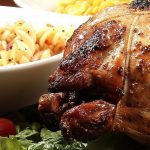 Barely a week after shocking diners by announcing its closure following more than a decade in business, American rotisserie restaurant, Kenny Rogers Roasters at Great World City now says it will reopen sometime this year. Here’s a summary of what you can expect at the new Kenny Rogers Singapore from what was announced so far.

The first outlet in Singapore started operations in 1994. Following that, outlets in Suntec City, Holland Village, Tampines and other locations were subsequently opened.

However, in the last couple of years, several outlets were shut down. The Great World City branch is the chain’s last remaining outlet in Singapore. A wave of disappointment was set off after a notice was