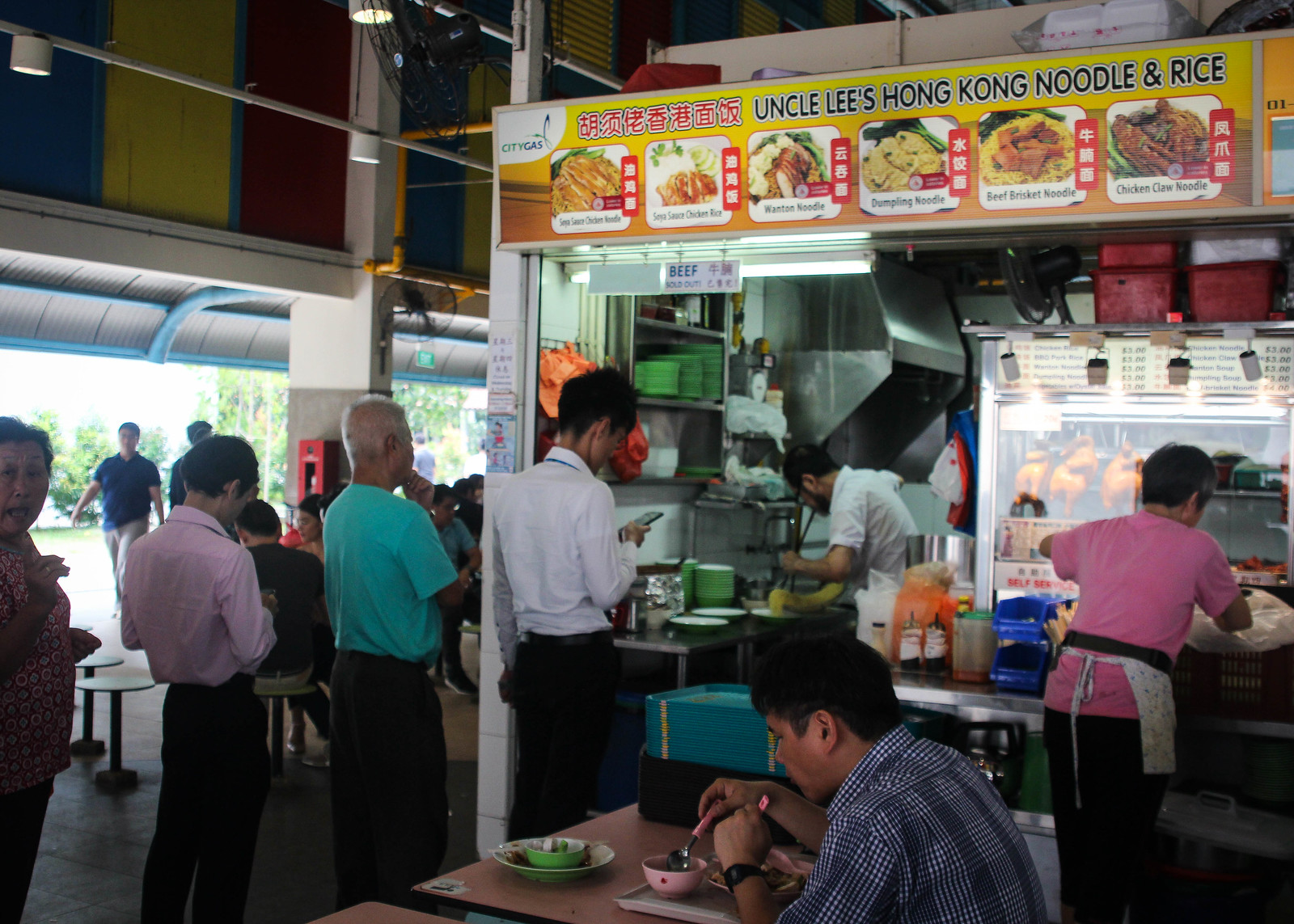 Uncle Lee’s Hong Kong Noodle & Rice is no stranger to long queues in front of their stall. I’ve been to plenty of popular stalls but Uncle Lee stood out a little more to me as there were 2 signboards hanging at the storefront.

One said ‘Beef (tendon) Sold Out!’. Heartbreaking, since it was one of my favourite parts of beef. The other, not flipped over at the time I visited, said ‘Rice Sold Out!’. Wow, they sell out so often that they need signboards to alert their customers? I took that as an indicator of the standard of the food. 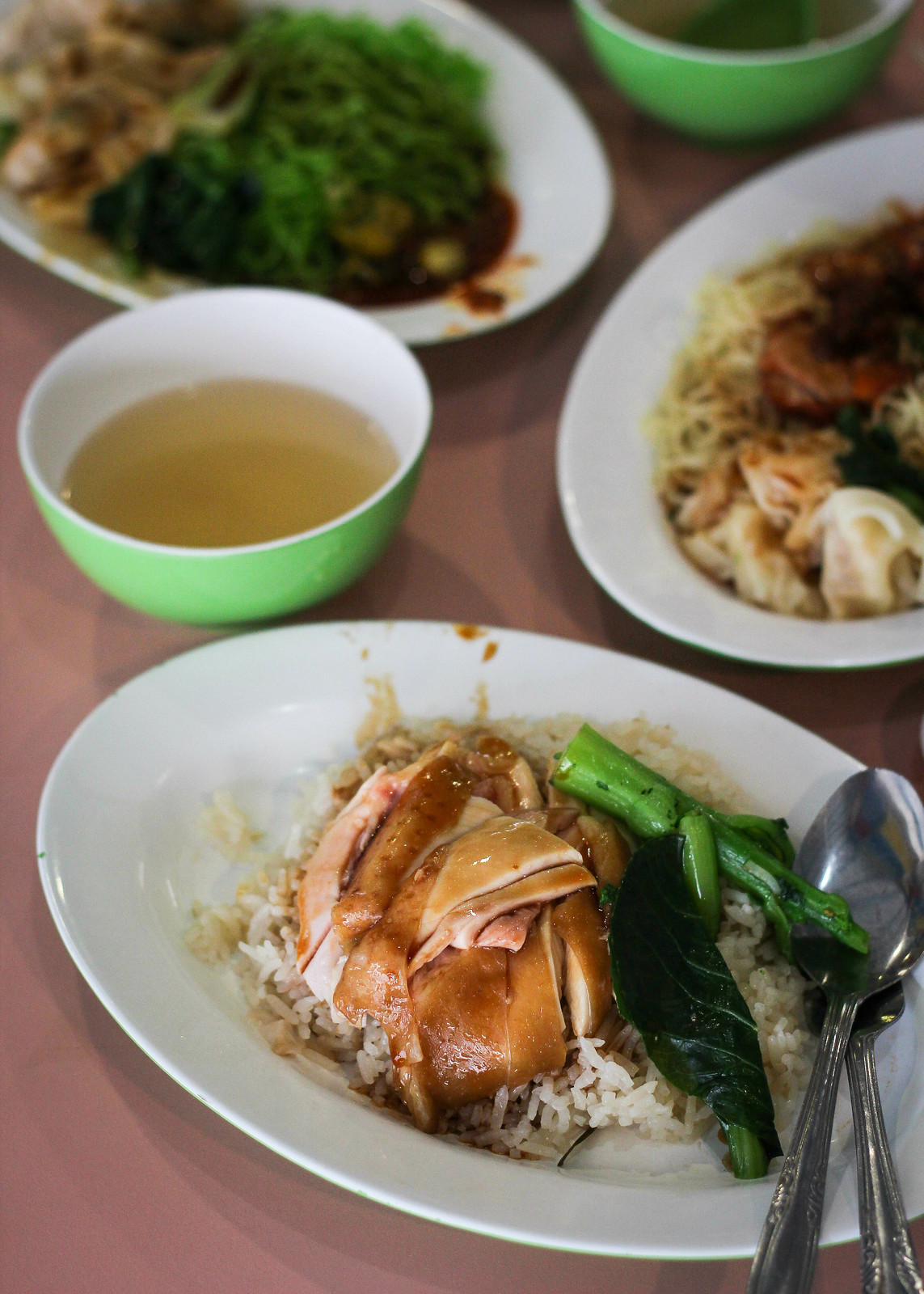 I ordered the Soya Sauce Chicken Rice ($3), the Wanton Noodle ($3) and the Dumpling Noodle ($3). I spotted people buying an interesting green noodle while I was in queue and decided to try that with my Dumpling Noodle. I later learn from the auntie that it’s called Fei Cui (翡翠) noodle, which is made from spinach. 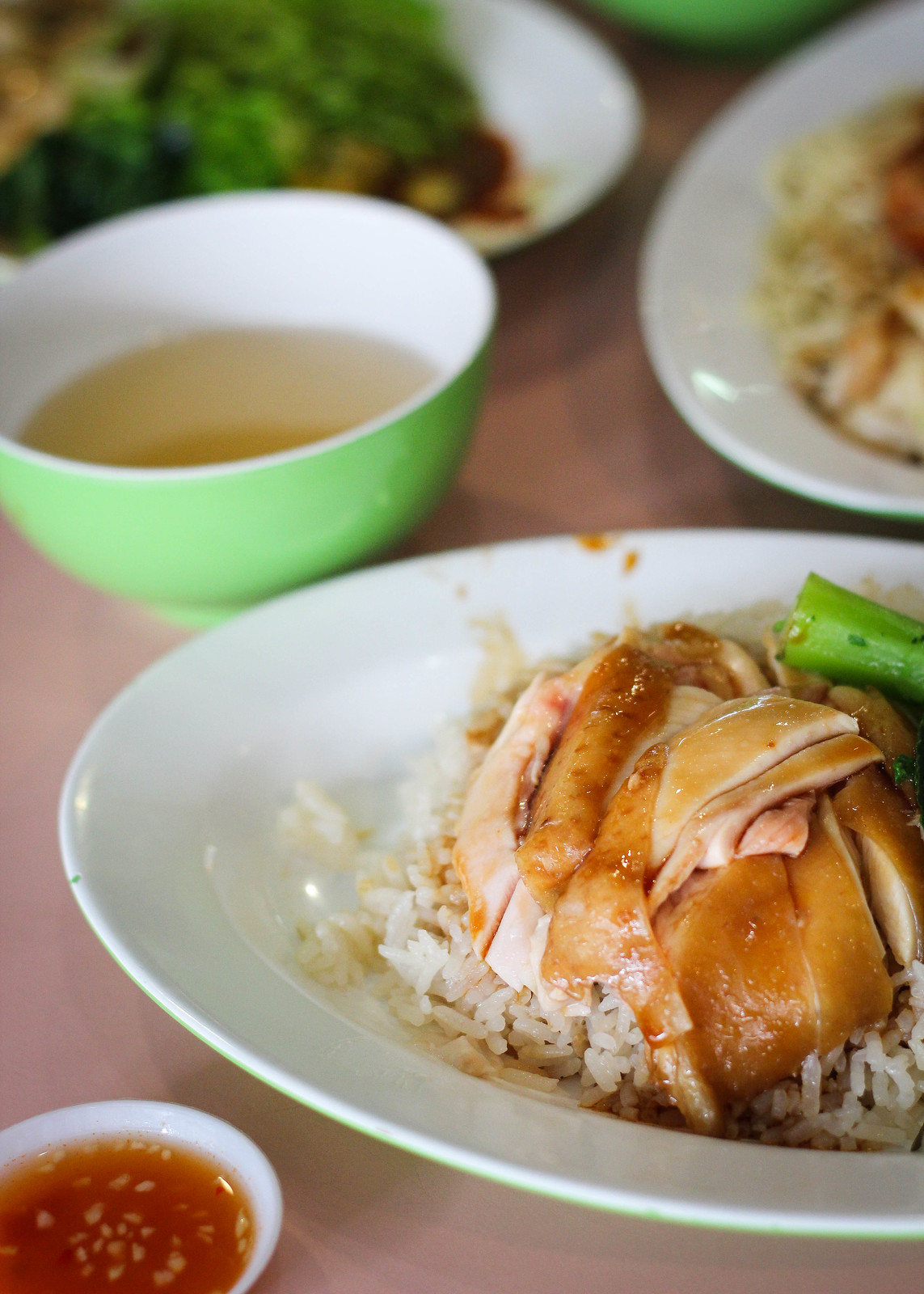 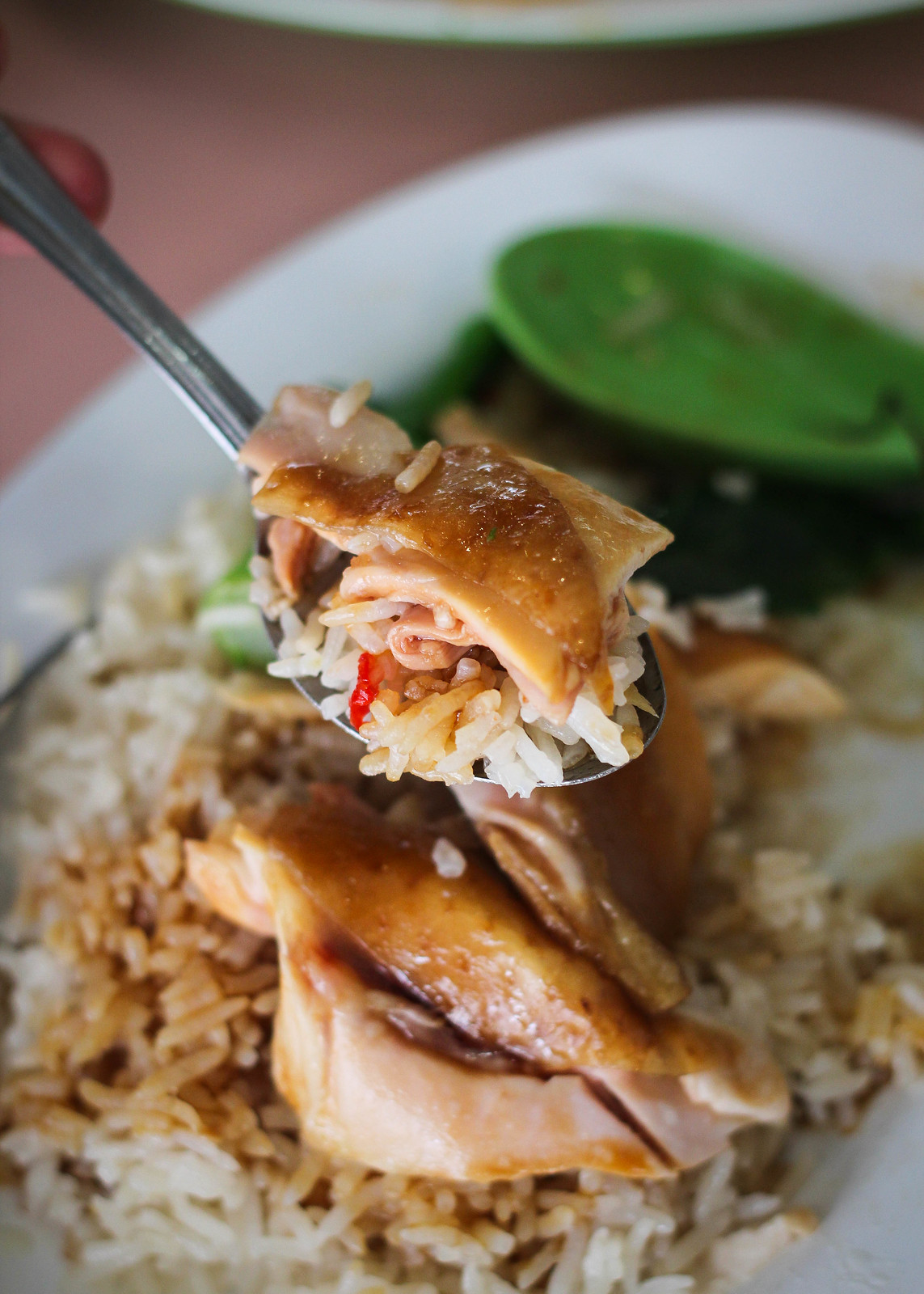 The Soya Sauce Chicken Rice ($3) was delicious. The rice was so flavorful, it could be considered a dish on its own. It combined so well with the homemade chilli which was sweet, sour, garlicky and spicy. I